First Impressions of the US Virgin Islands

Posted on April 27, 2017 by Bill Kinney
We have moved from the laid-back, quiet, remote, island-time culture of Culebra in the Spanish Virgin Islands to the hustle and bustle of Charlotte Amalie, the biggest city in the US Virgins.  The three main islands of the US Virgin Islands are now a territory of the USA.  From 1733 to 1917 they were the Danish West Indies, and St Thomas had permanent Danish settlements starting as early as the 1660s. In 1917 the USA bought the islands from Denmark for $25 million in gold because they wanted forward operating bases for the growing US Navy.  The Danish influence is still seen everywhere in street and place names, as well as architecture. 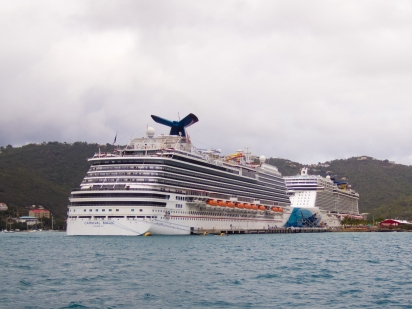 “I think the town is back there, on the other side of the ships.”

These are islands I have never been to before, and I have to say based on what I heard, I was expecting something quite a bit seedier, especially on the most heavily populated island of St Thomas.  Yes, it is a huge cruise ship port, so there is a bit of a Potamkin Village feel about it.  Every few days ten to twelve THOUSAND people arrive on their floating cities and swarm about for a few hours, then disappear.  Away from the very well-worn cruise ship paths, things are not as polished, but the areas we have seen aren’t scary or blighted either. 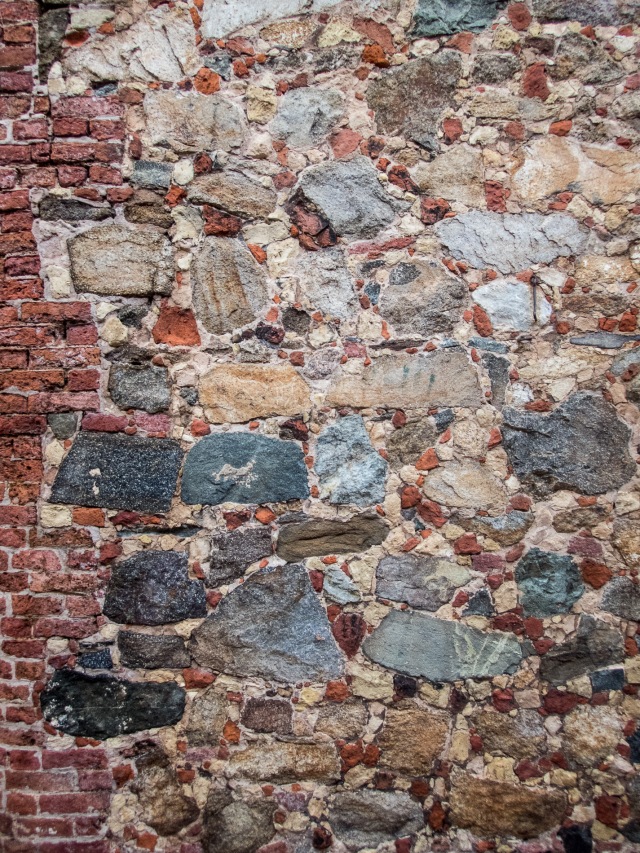 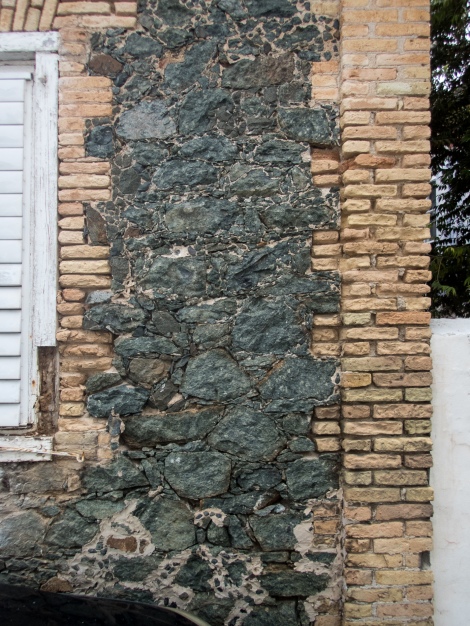 More of the fascinating local stone work in a house up the hill.

In first decade of the 19th century a series of fires leveled the town of Charlotte Amalie. As was frequently the case after such disastrous fires, the next round of building was mostly in masonry.  Many of those warehouses and commercial buildings from the reconstruction live on in the downtown shopping district.  Such masonry work, I have never seen. A mixture of field stone, ballast stone, brick, and clinker all in the same wall, and all amazingly neatly done for such random materials.  Residential buildings cling to the hill above the harbor, and are built the same way. 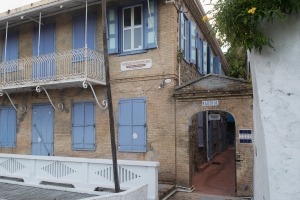 Every building has to have it’s shutters.

Another architectural feature here are the shutters.  Buildings both grand and humble all sport heavy solid wood shutters that are opened and closed daily.  On a day like today, with no cruise ships in port, most of the shops are closed.  The closed shutters give an almost post-apocalyptic feel to what was yesterday a bustling shopping street. 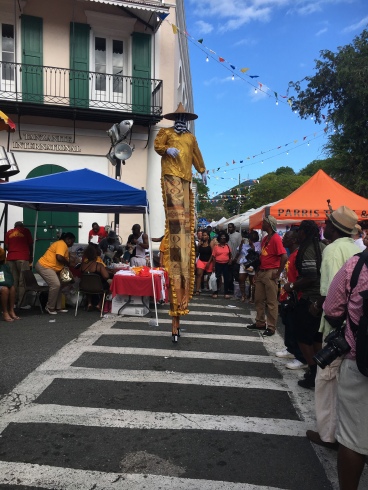 Every Carnival has to have a stilt dancer!

We arrived just a day before the beginning of the four day long local carnival celebration.  Unlike many such festivals, this one is decidedly a local event.  There are not even any cruise ships in town for the duration!  These people are pretty hardy at partying. The bands ran last night until 3AM, and started this morning at 8!
We have some really fun video of the local Rising Stars Steel Drum Orchestra we’ll be posting before too long. A 100 piece band almost all high school students, and they are good! Is is  fun and happy music—and LOUD. No electronic amplification needed even for a crowded outdoor venue.
In other news, we did get the high pressure watermaker hose that we needed made at the local hose shop, so we are back to normal operation on board. Laundry, showers and freshwater dish washing are all back on our activity list now that we can make our own water again.
This entry was posted in Underway. Bookmark the permalink.