Most of the eastern shore of Great Abaco Island is protected by a line of small barrier islands and reefs.  one of the larger of these is Lynyard Cay.  Occupied only by a single fancy vacation home on the north end, it is quiet and beautiful.

We put ashore at Uncle Charlie’s Beach.  We have no idea who Uncle Charlie was, or what he did to get a beach named after him, but it sure is a nice place.

The island itself is mostly exposed weathered coral rock.  Rough, hard, and very sharp, it is nasty stuff to move around on.  Do NOT fall, or you be in a world of hurt.

The two sides of the island are different worlds. The west (lagoon) side is quiet and peaceful with several sand beaches where tiny waves lap gently.  The east (ocean) side is mostly naked coral rock pounded by large ocean surf. 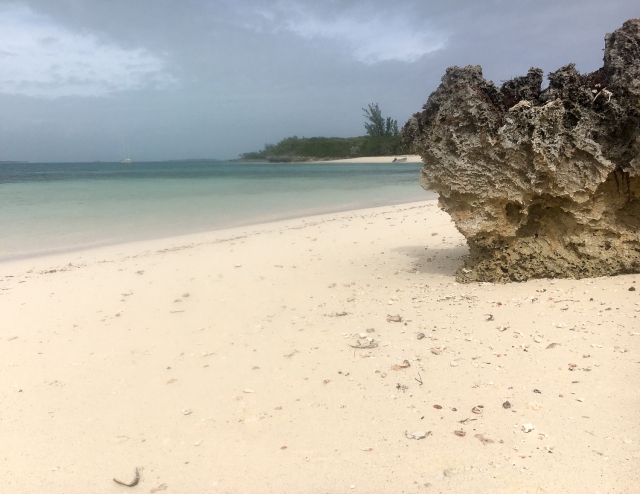 One of the highlights of this area is the shelling.  Since the beaches are pretty remote, with just a little effort you can find quite a collection in just a short time. The shoreline is covered with living shells from the high tide line on down.

Various kinds of periwinkles hunker down in the sun waiting for the return of the tide. 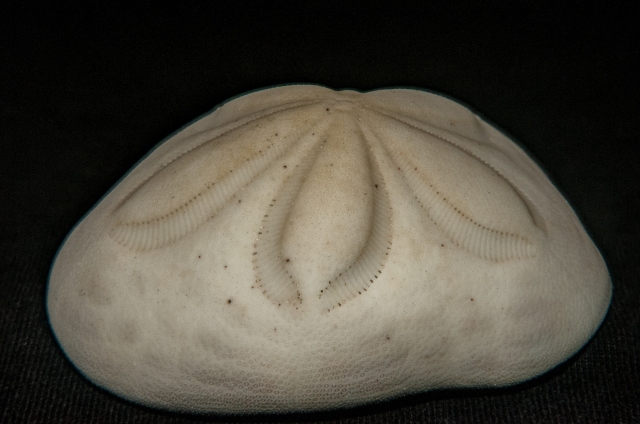 The shells of “sea biscuits” are everywhere.  A little bigger than a softball, they are half way between a sea urchin and a sand dollar. Unlike many sea urchins the shells of these guys are pretty sturdy, so they collect on the beach in significant numbers. 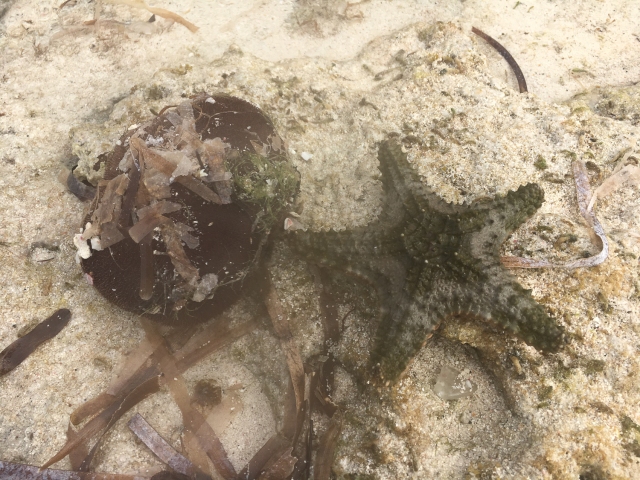 A live seabiscuit covered with his best attempt at camouflage, and starfish. 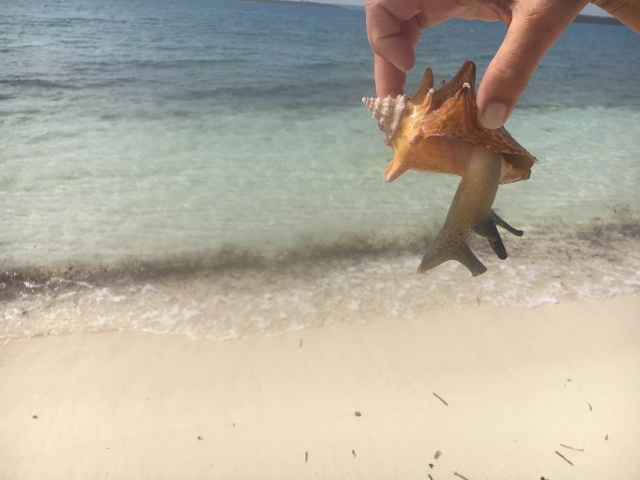 You don’t see a lot of living conch around here.  Here is a cute little baby…