We are currently anchored off of Black Point Settlement, on Great Guana Cay in the Central Exuma Islands. See our current paths here: https://fetchinketch.net/where-are-we-now/

If anybody has been paying (Very) close attention, to my rantings here, you might be thinking, “Ah! They have been there before!” But you would be wrong… in the Bahamas they really were not always creative with names for the various islands, and I guess after you have named over 3000 of them, you can be forgiven recycling a few, like “Great Guana Cay.”

We had a fast sail down here from Exuma Park. Fast, but wet, it rained hard most of the way. I promised some picture of the park and its inhabitants, and here are a few…

First, the beautiful anchorage at Wardwick Wells Cay, the headquarters of the park. There are 22 moorings available. For a boat our size they charge $40 a night. Not a bad price for such a beautiful place.

We spent quite a bit of time exploring the trails on the island. These are well marked trails, although they are mostly over eroded coral rock. Not a place for sandals, much less barefoot! 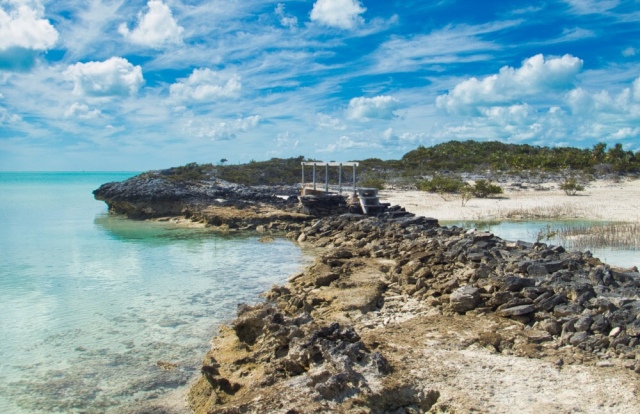 The only place on the island where you could get a cell signal to check email was to climb to the top of “Boo-Boo Hill” supposedly named for the wailings of dead shipwreck victims.

Part of the trail through a thicket of thatch palm. 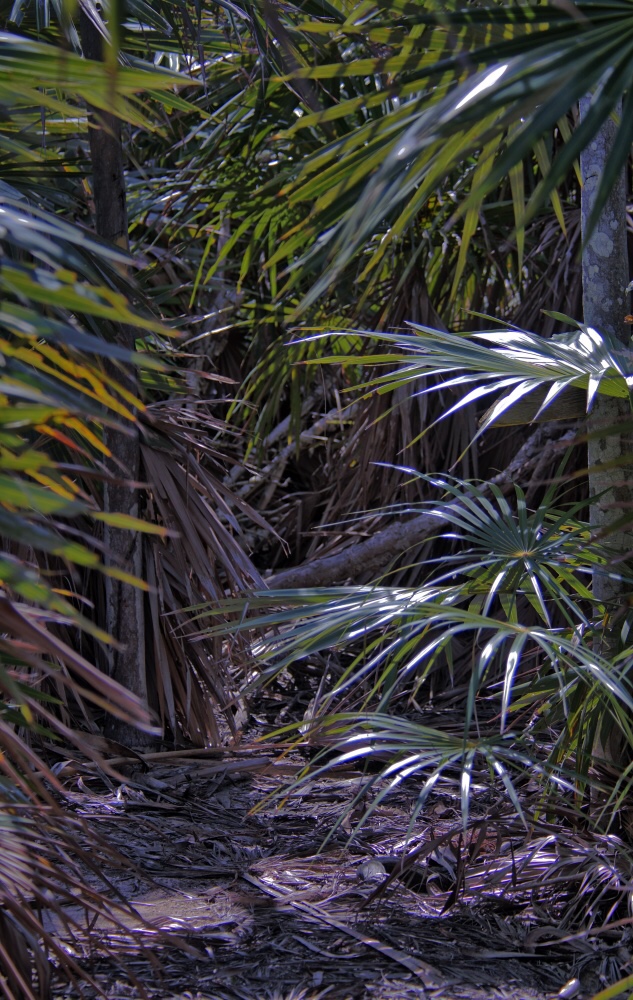 The thatch palm has replaced much of the original tall hardwood forest on these islands that was long ago logged to extinction.

The park staff helpfully labeled a few of the toxic “posionwood” trees at the beginning of the trail. After that you are on your own to recognize and avoid them. They are very common along the trails. They have toxic oils similar to poison ivy or poison oak.

We never got to see the most common mammal on the island. The Bahamian Hutia. A nocturnal guinea pig like rodent about the size of a small rabbit. They were once thought extinct, but 50 years ago a small colony of the critters was found on a remote island. 13 individuals were released on Wardwick Wells Cay in 1986. I have no idea how many there are now, but the island is COVERED with hutia droppings. COVERED…EVERYWHERE 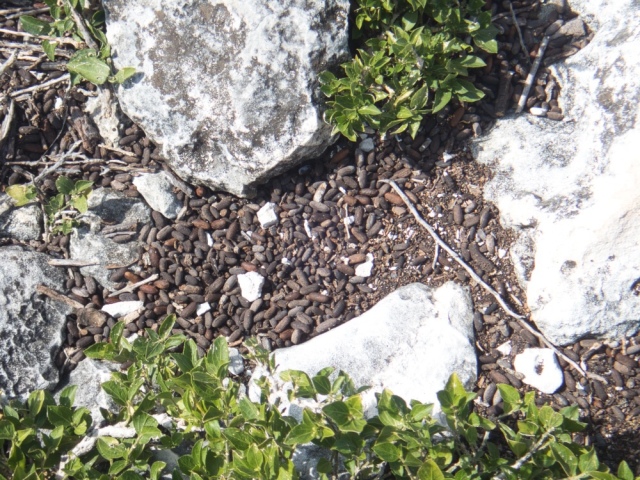 The most common animal to see are the curly tailed lizards. They are fearless, barely avoiding getting stepped on. There are snakes that prey on them, which likely accounts for the large number of them that are missing some—or all—of their tails. 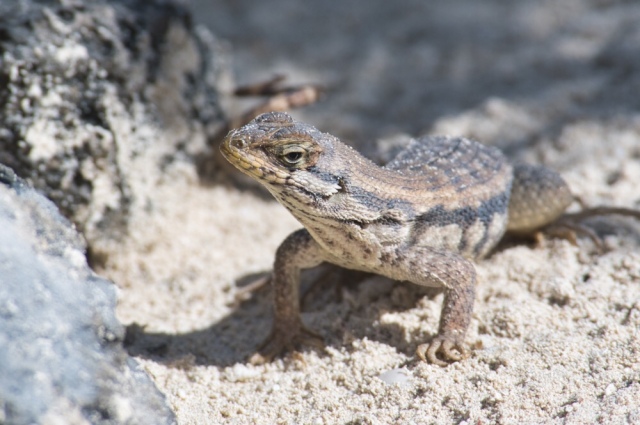 The appropriately named “blue-bellied skink” is less common, and a lot shyer of people.

Land crabs are very common on all parts of the island where they can reach the water table as they dig their borrows. This one was the largest living one we saw, about 1 inch across the shell. 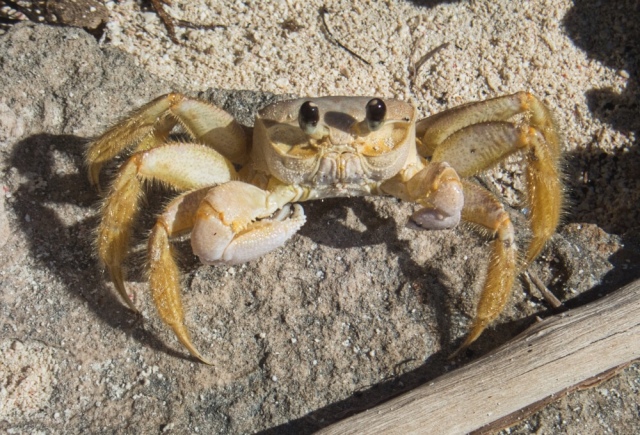 They do get quite large, as evidenced by this shed exoskeleton we came across.

Because the island is basically dry, with no natural sources of fresh water, there are very few birds. This was the only one we saw…

In other islands in the park where there is fresh water, ospreys are common winter residents.

In the shallow lagoons, young sea turtles grow up…

And of course after a long day hiking and exploring rough terrain, a good hammock is a great destination.

4 Responses to More on Exuma Park