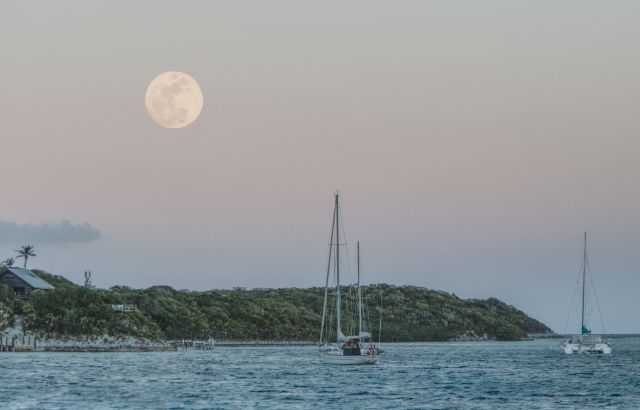 The first rule of making your way to windward in the trade winds is to not argue with Mother Nature.  In steady, settled weather the wind blows steadily–and hard–from the East or Northeast, day, after day, after day.That’s just great if you want to go south or west, but if your destination is to the east you have two choices: wait for a break, or beat yourself and your boat up going upwind.

Those breaks in the weather typically come from those winter cold fronts that bring snow and freezing temperatures to much of North America.  By the time they get down this far south, the freezing part is long gone, but they push the trade winds back for 24 to 36 hours as the wind clocks around to the west and northwest

Right now our next destination is to the ESE, about 30 miles away, so a good strong cold front would be nice, but there doesn’t seem to be one on its way for the forecastable future.

When I woke up this morning, hoping for a break, the winds were still roaring at 20 – 25 knots out of the east. So I did the smart thing, I went back to sleep.

The forecast for tomorrow is for a little bit of a break down to about 15 knots, so if that holds up, we’ll wake up early again and again see what we hear outside the boat.  We are both getting a bit itchy and want to go somewhere new and fun.